When I came up with the idea for the Cougar Worthy Men last year, it was my inspiration to not just feature men that were models  or celebrites but to feature ones that were my idea of model men!!  Men that were accomplished, successful, intriguing, creative, and, of course, handsome.

Men are visual, whereas women melt to the sounds of words they yearn to hear. When you are interested in writing, or have a love for reading, men that are good with words are even more appealing.

I’ve been very lucky to have had two great authors featured here already –  Dr. Ivan Rusilko and my favorite Ryan, Mr. Ryan O’Leary. I am very excited to be adding another great writer, Mr. Jess Hunter, to my Cougar Worthy Men list. Once you have finished reading about Jess and the words he has to say, I’m sure you will be adding him to your list as well.

Jess will be giving away a copy of For A Hero to two people that leave a comment. So be sure to leave a comment at the end and I am very pleased to Welcome Jess Hunter!!

Everyone always associates me with superheroes. I never intended for the connection to be as ubiquitous or permeating as it is, but I don’t mind. “For A Hero,” wasn’t about a superhero, it was about a man. I am a fan of superheroes, but I am also a fan of detectives, cowboys, spies, presidents, astronauts and bounty hunters. They aren’t all over my page and when you see one of them, you don’t think of me. So, why superheroes? I guess someone who loves me a lot knew that I liked superheroes and wanted me to be surrounded by something I loved. (Sable & Barb) I already wrote a piece about why superheroes are important to me and my literature since so many people asked questions about their prevalence, but this is different. Something VERY big  and important is about to happen to me, and I want to share it with you.

Superman has been a very powerful influence in my life ever since I was very, very young. One of the first things I ever got was a homemade superman shirt and cape. My dad sewed the S on my chest himself. I couldn’t even run yet, but in my heart, I could fly. I spent my whole childhood with a towel around my neck. As I grew up and passed the six foot mark, graduated college, and started paying my own bills, the love of Superman never went away. Sure, I love Batman, too, as well as the whole Justice League and even Marvel’s teams and heroes. But Superman is special. 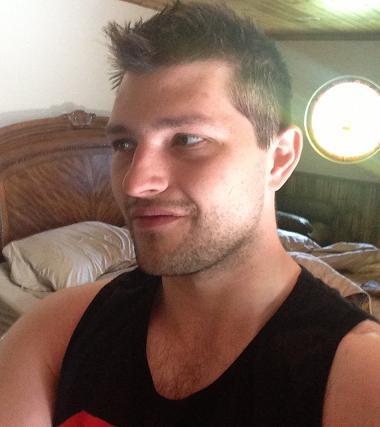 If it isn’t already obvious to you, I am talking about the premiere of the film, “Man of Steel.” The production team behind The Dark Knight Trilogy created it, and it was directed by the man behind “300” and “The Watchmen.” I believe for many reasons, objectively and not-Superman related, that this film will be the biggest blockbuster of the year, but for me, it is something more than that. This film is what my imagination has been telling me Superman is for my whole life. I really feel like these people understand who the character is, and what he represents, and why he is so important. I feel like they are going out of their way, not JUST to make a great movie, but to truly, completely embody the character and make no apologies for what he is. Let me share with you why he is different from other popular heroes, why is so important to me, and why the world is latching onto him right now.

Superman is nothing but hope. Many other ‘heroes’ in all mediums have a hundred other motivations. The Batman is angry and vengeful and broken. Spider-Man is guilt-ridden and insecure. Wolverine is apathetic and cold. Sherlock is detached. James Bond is a mask of a man. They are all heroes, doing good, but none of them, not a single one, is pure. Superman is ONLY pure. That is his greatest power. If he were ANYTHING other than modest, loving, and pure, the world wouldn’t be the same. To me, he is a great metaphor for who we are. He reminds us that inside each one of us, is something special, unique and powerful. He is an obvious archetype of that. He is an example of goodness and compassion.

I become very emotional when I think about him, because he isn’t just a fictional character. He is all the goals and trials and precedents. He is the best that we could be, and him existing is the anchor that can pull us there. Finally, and I’m sorry for going on such a nerd-rant, the world is getting wrapped up in him right now also. He was the most beloved fictional character, period, from 1938 to 1984 when “The Dark Knight Returns” was written and everyone jumped on the Batman bandwagon and rode it until the end of the Nolan trilogy. But in that time, we have suffered. Tragedy after tragedy after tragedy has been hurled at us. We are inundated with bad news all day, and each morning, just as we think nothing worse can happen, someone bombs somebody or shoots somebody or rich people get flustered over petty scandals and taxpayer’s money. It’s getting darker and darker outside and we have been starting to forget the goodness that is inside people. Superman can show us that. It might be silly, but I think this movie is exactly what America (and the world) needs right now. I know it’s hard to imagine someone being so emotionally invested in a movie or a fictional character, but it’s the idea, the hope and purity, that is touching everyone now. I feel like they were hungry for something like that. I feel like Superman is giving them all just a little ray of hope. They’re all joining my little club. J 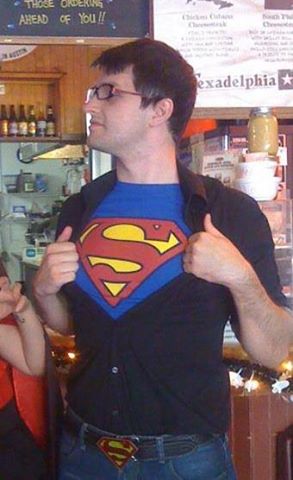 This video link is to a collage of reaction videos, all people watching the third “Man of Steel” trailer for the first time. The emotions jump and burst off of the people’s faces. Three of them began to weep as the music crescendos and Clark saves the day at his own expense. See for yourself. https://www.youtube.com/watch?feature=player_embedded&v=2YG6RakU3h8 May each of you, however you do it, get just a slice of that kind of happiness, joy, love, hope, humor that I feel when I get into a mood like this. Maybe Superman can do that for you, like he does for me. I hope this wasn’t too geeky for you. If any of you are in Houston, you’re welcome to come with me to the midnight premiere on the 13th of June. I wouldn’t miss it for the world. I’ll be wearing my cape. If you’re interested in coming along, email me at jesshunter247@gmail.com

Here is one of the trailers for Man of Steel  http://www.youtube.com/watch?v=-DaPBBOHfsA 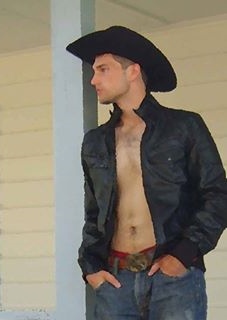 BIO: Jess Hunter is a New Orleans native who grew up in Austin, Texas. He attended the University of Texas with a major in Business and Communications. Jess loves to ride motorcycles, play video games and philosophize about the meaning of life. He is the brother and co-author of Sable Hunter and enjoys good food, beautiful women and sleeping-in on weekends. Jess will continue to write – not only romance, but horror, suspense and fantasy. Delve into the enigma that is Jess Hunter as he captures the purity and innocence of the hero dynamic and intertwines it with romance and love that will take your breath away.

BLURB:
Heroes are not born, they are made – they are made by defeating enemies, by overcoming impossible challenges and by walking through fire. David is such a hero. He has devoted his life to saving the hopeless, yet he can’t accept the fact that he is worthy to be loved.

David lost his family and he blames himself, so he fights Fire to repay a debt he never really owed. Day after day he does his job and goes home alone to face a future of solitude and regret – until Jenna comes into his life. Jenna sees a hero when she looks at David. She sees a man who is bigger than life and deserves to be loved. So, Jenna sets out to prove to him that he is perfect just the way he is. And starts by buying a date with him – to the tune of $15000. Before David knows it, his life is full of excitement, passion and more love than he can handle. But will he be able to keep it or will the demons from his past snatch happiness from his grasp?

Here is the link to the book Jess wrote with his sister Sable Hunter. I have read it, loved it, and you will too!!!  Ginger

You can also connect with Jess on his facebook page:

For A Hero
Heroes are not born. they are made. Heroes are men who fight their enemies with valor, who overcome impossible challenges and who walk through the fires of trouble and despair.   Delve into the enigma that is Jess Hunter as he captures the purity and innocence of the hero dynamic and intertwines it with romance and love that will take your breath away.
Jess Hunter Amazon Author Page: http://www.amazon.com/author/jesshunter

I have been blessed with having talented and handsome male writers on my blog and I am very excited to add yet another one. This week’s cougar worthy man is Ivan Rusilko!

Since I write cougar stories I had to ask Ivan how he felt about dating older women and below are his answers.

Would you ever date a older woman? I love older women! Yes Yes and Yes!!
If you could choose who the older woman would be, who would it be? Mrs. Robison (Anne Bancroft circa 1967) is a personal favorite… sexy, fierce, and powerful.. ay ay ay! 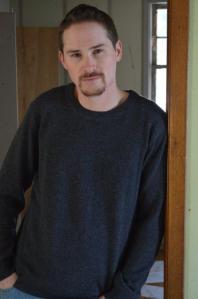 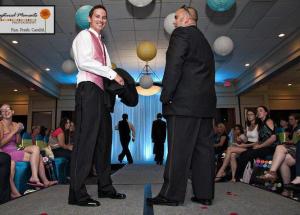 It’s Valentine’s week so I am picking one of my favorite men for Cougar Worthy Man of the week, the very handsome Ryan O’Leary. Ryan is a hazel eyed, 33 year old writer from Toronto, Canada. His Facebook page is one of my favorite places to hang out after a long, hard day. His posts and comments always make me smile, and/or blush, whichever the case may be. He joined forces with Sable Hunter on one of my favorite books, Forget Me Never and they are currently working together on a new series. I CANNOT wait to read the first book which will be titled Thunderbird. Ryan loves sports and can usually be found on a hockey rink in the winter and a soccer field in the summer. When I first started featuring a weekly cougar man on my blog I got teased about having a thing for men from Canada named Ryan. I’m not sure if I do but I do know that Ryan would be at the top of that list. 