Where has the summer gone? It’s seems like I can’t keep up lately. As the saying goes, I’m ‘a day late and a dollar short’ for just about everything lately.

I’m super excited about the Writer’s Police Academy coming up soon and so thankful that it’s in my home state. It was such an amazing event last year and this year will be epic.

One of the fun events that happen before it starts is the Golden Donut Contest. I entered last year and it was a great writing exercise. They post a picture and you have to write a story about it in 200 words. Not 200 words or less, just 200 words. No less, no more. That is very tricky to do.

This is the picture for this year’s contest. I wrote a story titled Dear Jayne and guess what? I forgot to enter it so I thought I would share it here. 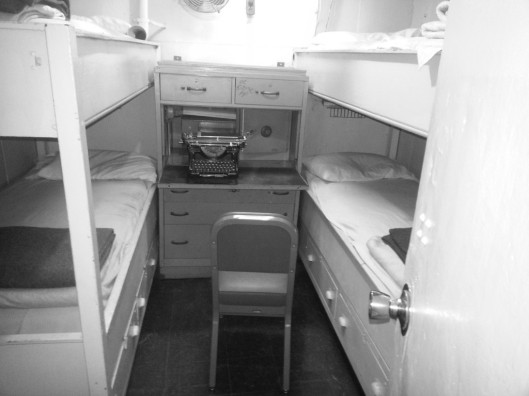 The words refused to form as he stared at the blank page. What did one say when informing a woman of their beloved’s death? Dean, his army bunkmate, had been his friend for years. Nothing had ever come between them until Jayne.

It pained him to see them together. Dean was dark and brooding, a Humphrey Bogart type. The kind of man’s man that was irresistible to the opposite sex. Jayne on the other hand was sweetness and sunshine. She deserved better.

Steward leaned back in the stiff metal chair. Despite the fan above, the room was cramped and smelled of mold. It wouldn’t be long now and he’d be done with basic training. Soon he’d be stepping off the train in a swell uniform and into Jayne’s waiting arms. The grieving woman would need him that was for sure. He typed a few more lines of condolence. Dean’s death had been quick. They’d had the day off. A hike along the river cliffs near base but the rocks had been slick.

“Hey Stew. Still want to go on that hike?”

Steward ripped out the paper, crumpled it, and stuffed it in his pocket. “Yeah. Dean. After you.”

This isn’t edited and as written it would be disqualified. It’s exactly 200 words but contractions count at two words. I would have to eliminate several more words to make the cut. See, it’s a great exercise in writing and I love the challenge.

Next year I plan on starting a suspense series and I can’t wait to get more ideas at WPA. You can find out more info by clicking on the following link. http://www.writerspoliceacademy.com/

Here I am last year in the blood splatter class. 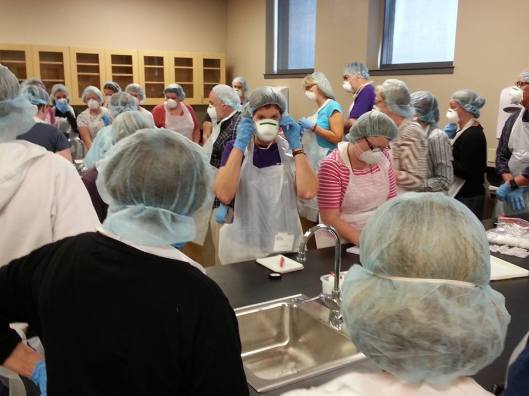 If you can’t attend and would like to send items for the silent auction please do so. They can be books, hand-crafted gifts, regional souvenirs, editing, formatting, web or cover design, name of a character in your book, kindles, and more. Items will be used as banquet door prizes and auctioned to help fund WPA’s contribution to our host facility, the Northeast Wisconsin Technical College International Public Safety Training Academy. To donate email: 2016wpa@gmail.com for more information.