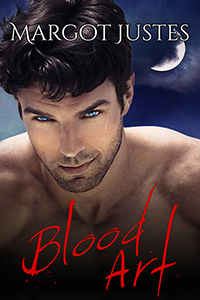 On a whim, as if by magic, Devane came to Chicago in
the dead of winter. What she finds in the windy city alters her life for
eternity.

Vampire Nikolai Volkov, thought he’d killed his demonic
tormentor. To exorcise his memory of her, he commissioned Leonardo da
Vinci to paint her portrait.

His attempt to destroy her failed, and she hid her essence in a crack in her own portrait.
Leonardo da Vinci, the consummate professional, painted
over the split in the wooden plank, and ensnared her in the painting.
Mona Lisa was trapped.

Undetected, no longer corporeal, but pure energy, the
evil spirit imprisoned for centuries, obsessed by the vampire she
turned, gains strength and plots her ultimate revenge.

Now living in the twenty-first century, Nikolai knows she
seeks escape. He must at all cost, protect Devane Redding from the
ancient demon, who wants to possess him once again, and destroy his only
chance at happiness with the sculptor he loves above all.

Will he succeed in keeping his hard earned freedom? Can
he destroy the demon before she destroys his life, and kills the one
woman who matters? Will he even recognize the new corporeal entity that
holds her energy?

Purchase on Amazon  |  Add to your Goodreads Shelf
About Margot Justes
Born in Poland, Margot Justes has lived in some of the world’s most
wonderful places, including Israel, France and South Africa. Currently
living in the East Coast, she has taken her love of art and travel and
cultivated it into unique settings and stories for her writing, 2007
brought her a contract for her first novel A Hotel in Paris .
A Hotel in Bath was released in February 2013, A Hotel in Venice will
be released in June, 2015, and Margot is currently working on her
fourth book in the hotel series, set in Barcelona, Spain. She is also
hard at work on a sequel to Blood Art .
A Fire Within, set in Chicago was released in February,  2014.  The story first appeared in the Hearts and Daggers anthology. Her other projects include a novella also set in Chicago, Dazzling Diamonds, scheduled for release in September 2015. She also writes travel articles and blogs.
Margot Justes is a Member of Romance Writers of America, the Chicago
North RWA Chapter, as well as the Georgia Romance Writers. She is a past
president of the Chicago North RWA Chapter, and the Chicago Chapter of
Sisters in Crime.
She loves to hear from readers.
Follow Margot on Goodreads | Follow Margot on Amazon
Friend Margot on Facebook | Email 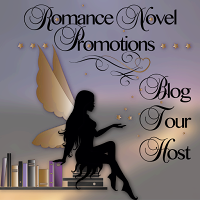