Meg Rosenthal: Matchmaker by day, realist by night, Meg is not about to get swept away by a charming, darkly handsome businessman in a designer suit.
She’s come to a beautiful secluded resort to evaluate the private island’s potential for her agency, not to ogle its owner. But there’s something about the magnetic man that’s hard to resist, even for a woman who refuses to fall in love.
Valentino Masini: A successful and drop-dead sexy businessman, Valentino is used to having the finer things in life. Yet he’s never wanted someone the way he wants Meg, who’s stirring up a hurricane of trouble in his heart. But just as he decides to convince her to stay, someone else decides it might be time to get Meg off the island…permanently.

Praise for Catherine Bybee
“Suspense, survival, and chemistry mix in this scintillating read in the style of Julie Garwood and Suzanne Brockmann.” —Booklist on Fiancé by Friday
“This is a book nobody should miss, because the magic it contains is awesome.” —Booked Up Reviews on Married by Monday
“[A] wonderfully exciting plot, lots of desire, and some sassy attitude thrown in for good measure!” —Harlequin Junkie on Single by Saturday

I am a big fan of Catherine Bybee’s and I love the bride series. Whenever I start one of her stories, I know it will be a book I can’t put down. Seduced by Sunday is her newest one and again I read it in record speed.

Meg is a young woman that works for a business of arranging temporary marriages of convenience for wealthy clients. When she hears of a vacation spot with just was much secrecy, it seems like the perfect spot for her clients to go, relax, and keep their privacy intact. She arrives with her friend Michael, a Hollywood heart throb with a secret, and is intrigued, yet irked, by the Valentino, the handsome owner of the island.

After the first touch up of her chic red lipstick and a glimpse of her vintage style attire, I was in love with Meg.  If we met in person I know we would be BFF’s in a heartbeat. She is smart, classy, and dealing with a health issue that kicks in at the worst times. The heroine is a straight shooter, in more ways than one.

Valentino doesn’t trust Meg because her back ground check left him with more questions than answers and he is determined to find out what she is hiding. Mr. tall, dark, and suited has a lot of responsibilities running the resort and looking after his mother and sister. So much so, that he fails to notice the man dating his sister is less than he seems. He does take notice of Meg.  Needless to say, opposites attract and sparks fly.

This story has action, love, humor, tears, and lots and lots of wine! I’ve declared Valentino my new favorite Bybee book boyfriend and I am eagerly awaiting his sister’s story. It was a great adventure that had me cheering the good guys, cursing the bad buys, and wishing there were more days in the week.  Great job Catherine!! 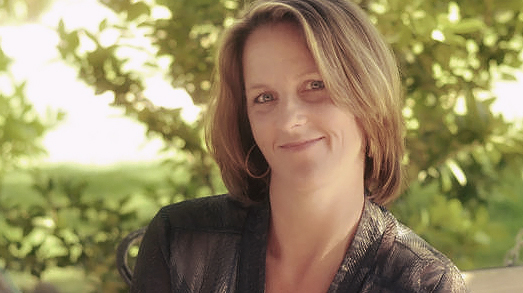 New York Times & USA Today bestselling author Catherine Bybee was raised in Washington State, but after graduating high school, she moved to Southern California in hopes of becoming a movie star. After growing bored with waiting tables, she returned to school and became a registered nurse, spending most of her career in urban emergency rooms. She now writes full-time and has penned the Weekday Brides Series and the Not Quite Series. Bybee lives with her husband and two teenage sons in Southern California. 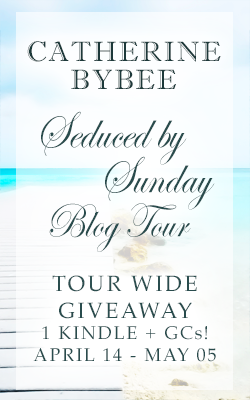