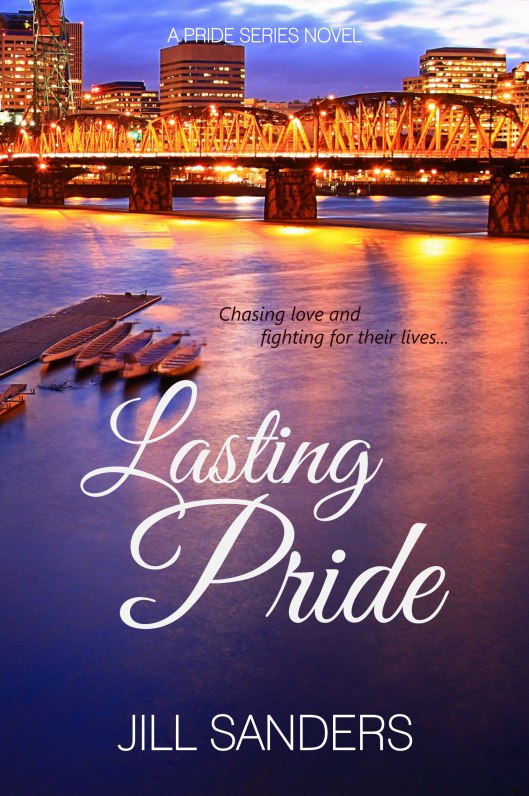 Blog homepage – http://jillmsanders.com/lasting-pride-secret-seduction-blog-tour
Lasting Pride
Roberta Stanton had grown up a thief on the streets of Portland. Breaking into the old building had been easy, and she’d gotten away with it. Or so she thought. It had only cost her the lives of seven close friends. Years later now, Rob finds herself on the other side of the law.
Ric Derby owns the Blue Spot art galleries. Murder and a million dollar theft bring them together. A personal vendetta from a dark figure threatens them both. Retreating to the safety of the small town of Pride, Ric must fight to protect the only person he’s ever truly loved.
Links:
Direct: http://gum.co/oZGkh
Amazon US: http://amzn.to/176pez8
Amazon UK: http://amzn.to/18PGYT7
Barns & Noble: http://bit.ly/125MnOu
Smashwords: http://bit.ly/13DvDon
Kobo: http://bit.ly/15jrOA0
Sony:
iBooks: http://bit.ly/15rp02C
Trailer: http://bit.ly/1ar9QTm 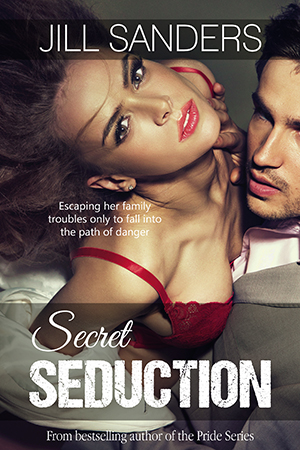 Secret Seduction
To Katie life was simple, she wanted; a little house in upper Boston, and four kids, fathered by her best friend, who she’s been infatuated with since she was eight. After a devastating family secret is exposed, all she wants now is to escape the media hype that follows her everywhere she turns. Leaving her family, friends, and Jason behind, she travels to places she’s only read about, to find a father she’s never known.
Jason is on a mission and he’s come half-way around the world to complete it. Despite his feelings for Katie, he won’t let her resistance detour him, even if it means she’ll never trust him again. As their world spirals out of control, their relationship will be tested and changed forever. If he can only keep them alive and out of harms way, he may have a chance to make everything right.
Links:
Direct: https://gumroad.com/l/APWU
Amazon US: http://amzn.to/16kRM9c
Amazon UK: http://amzn.to/1crKpQ7
Barns & Noble http://bit.ly/11vR0Ez
Smashwords: http://bit.ly/13shfgj
Kobo: http://bit.ly/14M88CU
Trailer: http://youtu.be/Qy1SgG-YhrA

Jill Sanders survived 80’s pop music, and life as an identical twin in a chaotic family of nine.  A feat by any standard!  She was born and raised in the Pacific Northwest, relocating to Colorado for college and a successful IT career at IBM in Boulder.

Narrowly escaping before all creativity was squashed, she jumped at the chance to trade the mundane world of computers for the sexy, exciting world of her own imagination.  She now lives in charming rural Texas writing wonderful novels such as the Pride series.

Her debut novel, Finding Pride, was shortlisted in the Amazon Breakthrough Novel Awards 2013, and has since climbed to #2 on Amazon Bestsellers – Romantic Suspense. Each book in the Pride Series has found a regular home on Amazon’s Bestseller lists.