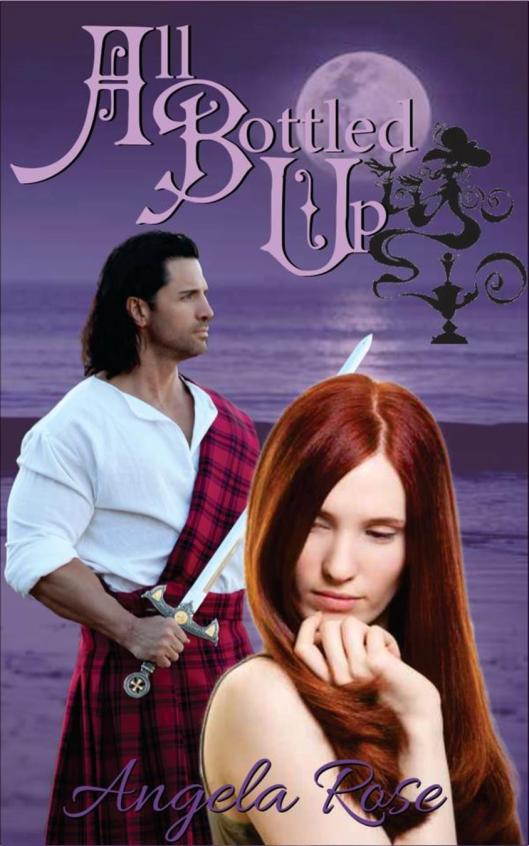 Excerpt From All Bottled Up:

At any moment, she was expecting to see a larger than life genie manifest from behind the thick billows, or at least hear a reverberating voice granting her the traditional three wishes.

Instead, what she heard was the nasally, high-pitched sound of a complaining middle-aged genie. “Oh my God! There better be a good reason for someone disturbing my beauty sleep!”

When the smoke disintegrated, Robin came face to face with the genie. Well, he was dressed like a genie, but his attire was more eccentric than most fictional genies she had seen in books. It was more than obvious that lavender was his signature color, as well a hint of fuchsia. He had the customary gold bands bound to his wrists, but unlike the traditional white harem pants, his were a deep purple and donned a sequined turban upon his head, that looked like it had been attacked by a Bedazzler. She had to admit…he made it work.

Her silence must have annoyed him, because his voice distracted her thoughts. “Guuuurrrrllll!  You best have a good reason for summoning me. I was having the best dream. Now let’s be quick about this, and maybe it won’t be too late to get Orlando Bloom back in my sub-conscious.” Placing one hand on a hip and ticking off the rules with his other hand he began. “The name is Zahir. You get three wishes. No more, no less. You can wish for anything you like. However, I don’t do true love and I don’t kill anyone. Do you understand?”

“Are you a genie?” Robin stammered as she tried to consume the scene unfolding before very her eyes.

Shrill, disbelieving laughter preceded his reply. “Am I a genie, you ask? Of course, I am! What did you think, I was a lost member of the Spice Girls?!” She raised her eyebrows, as though it was a possibility, given his choice of clothing. Before she could respond he said “Never mind, don’t answer that!”