I love history. I can find something interesting and intriguing in just about any time period but one of my favorites has to be the 1920’s. It is commonly referred to as the roaring twenties but what is it about that time period that roars the loudest?

For most people it was a happy time. In the early part of the decade, men were returning from the war and new technology offered the prospect of jobs, as well as plentiful goods and services. By the end of the decade we were already an auto based society resulting in a whole new network of gas stations, motels, and restaurants to provide for the growing mobile business and recreational class.

Many people had radios, and going to movie theatres was connecting people and sharing ideas faster than ever before. The Jazz age gave young people the freedom to let loose and dance after their days in factories or steno pools. Even more freedoms were granted to women including the right to vote in 1920. Early forms of birth control were more readily available. New advances in house hold appliances such as washing machines and vacuum cleaners were also a welcome blessing.

Enough of the history lesson, why do we really like the 1920’s? I know one thing I loved was the style. One cannot help but picture fashion forward flappers (hey! say that one five times fast) sporting a bobbed haircut and beaded short dress while dancing the Charleston with a cigarette in one hand and a bottle of hooch in the other. Men also were dressed to the nines and children were dressed as mini adults. 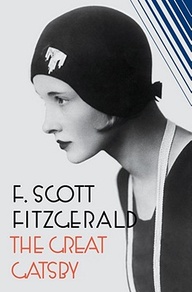 The 1920’s gave us some wonderful books by some of our most famous authors including Virginia Woolf and E.M. Forster. Earnest Hemingway’s first novel The Sun Also Rises was first published in 1926 and F. Scott Fitzgerald’s The Great Gatsby hit the shelves in 1925. Despite changing times D.H. Lawrence’s book Lady Chatterley’s Lover was banned.

The other interesting aspect of the twenties is that all these changes were going on while the nation was in the midst of prohibition. The Volstead act came into effect on January 17, 1920 and it didn’t take long for the formerly legitimate business of manufacturing and distributing alcohol to become a very profitable venture for those on the wrong side of the law.

My work in progress takes place during the prohibition age and it was been great fun doing the research for this favorite era. I never knew that Mr. Volstead, the man that introduced the Volstead Act, was actually from nearby Minnesota. I knew that many gangsters had traveled through my native state of Wisconsin, I just didn’t realize how really embedded they were in the lives of local lore. Our state is filled with places that were slept in, robbed, shot at, and/or visited by such legendary characters as Big Al, Baby Face, or Mr. Dillinger.

In my next blog I will tell some of the interesting facts and stories I have found out about these colorful figures but in the mean time I am giving you a sneak peak at what I am working on now. It’s unedited and doesn’t have a title but despite the gloomy preview it is a romance and there is a happy ending.

Grace Bennett was a fair haired beauty with the highest cheekbones in the county but no amount of rouge or powder could hide the bruises that now shadowed her young face. She traced a slender finger along her swollen jaw and took a deep breath. The blue eyes staring back from the beveled hallway mirror belonged to someone much older than herself.

Unable to look anymore she rested a bony shoulder against the wall. How long had she been asleep and why did she have to wake up to such a terrible nightmare? If only she had had the courage to end it all. No, she took the coward’s way out and because of her two men were dead.

Grace studied her hands as if expecting the blood of her victim to suddenly appear. They were clean except for a little dirt under one nail from picking flowers in the garden. Flowers to adorn the headstone of the one she loved with all her heart. Her chest ached and breathing took all the energy she could muster. It seemed a lifetime ago. A nervous sigh escaped her lips. She had to come to terms with what she had done. His killer had deserved to die but could she live with the crime that had been committed?

Grace slid from the wall and smoothed her blonde hair back with a shaky hand. The heels of her silk and leather shoes clicked on the tile floor as she walked to the kitchen. The colorful green and white décor had always raised her spirits but not today. Her eyes searched for the body of the man that had killed the love of her life. The floor lay empty and clean. Empty? He was gone? Her hand covering the gasp before it could exit her mouth.

2 thoughts on “Gangsters, Gatsby, and More: Rewriting History with a Romantic Twist Part 2”